Would you go to Chattanooga, Tennessee? Most people might not consider it. But that’s too bad, because it’s a beautiful city. I visited a few weeks ago awhile there was a deep fog descended on the whole city, it was really eerie but, in a way, mystical.

Back in the 1960s it was dubbed ‘the dirtiest city in America’ and it was shamed into cleaning up and revitalizing its downtown. When I saw it, I honestly couldn’t tell at all because it was really neat and in order. Even though the downtown was pretty empty, Chattanooga was making use of its space. The empty office buildings were hosts to local art installations, turning inactivity into opportunity. 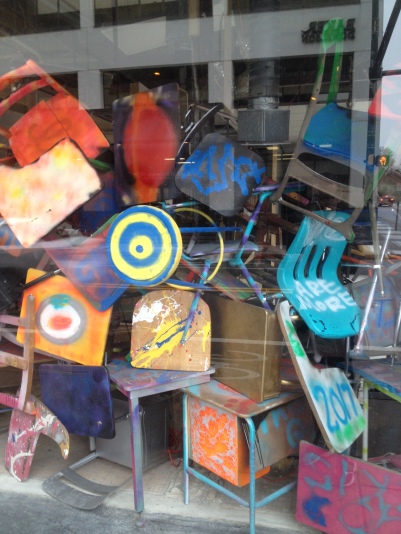 Chattanooga has some very nice local spots. For southern food and barbeque, try Sugar’s Ribs downtown location. The chili, brisket, mac’n cheese, and grilled okra are all winners. Don’t forget my personal favorite…the sweet tea! Did I mention that there are unlimited refills?! This place is exactly where you want to go for local flavor, also because they frequently have live music.

Right across the street there’s an adorable cupcake shop called Cupcake Kitchen. They’ve got various interesting flavors such as key lime pie, red velvet, cookie dough, and s’mores (which I tried and it was delicious). 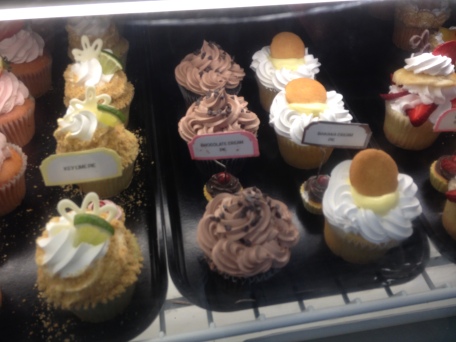 Across the Tennessee River from downtown there’s a really lively area filled with all kinds of interesting bars and restaurants. Along the river there’s Coolidge Park, a beautiful city park complete with carousel, greenery, riverboat, and awesome river views. From here you can walk onto the pedestrian-friendly Walnut Street Bridge for a scenic view of the park and downtown.

Carousel from atop the Walnut Street Bridge

View of downtown atop the Walnut Street Bridge

Riverboat on the Tennessee River

Other attractions include the Chattanooga aquarium (which is the largest freshwater aquarium in the world) and Ruby Falls, my personal favorite. Ruby Falls is located deep inside Lookout Mountain, aptly located in a mountain overlooking the city. Those who decide to go are awarded with scenic mountaintop views, an incline railway, hand-gliding, and the tallest underground waterfall in the world. Unfortunately it was too foggy to enjoy the scenic view, but Ruby Falls made up for it. To see it, you enter an elevator that takes you underground further than the height of the Empire State Building. After, you hike about 30 minutes to get to the falls. It’s incredible that it was discovered so many years ago without the technology we have today. On the way you pass dozens of bizarre stalagmite and stalactite formations, all with creative and humorous names. When you arrive at the falls, they light up with different colors to view in its splendor. You can just barely get the entire waterfall in a photo if you crotch down. Be sure to bring a jacket! It gets cold down there.

Ruby Falls in all its beauty 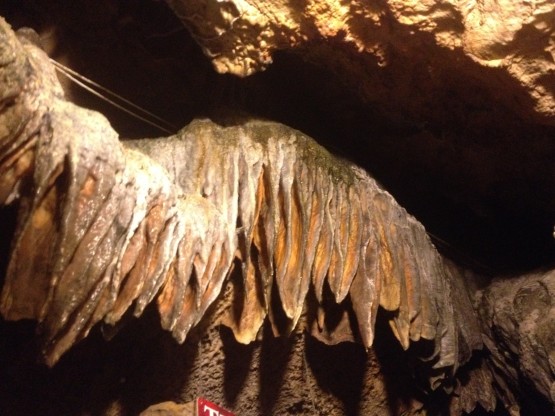 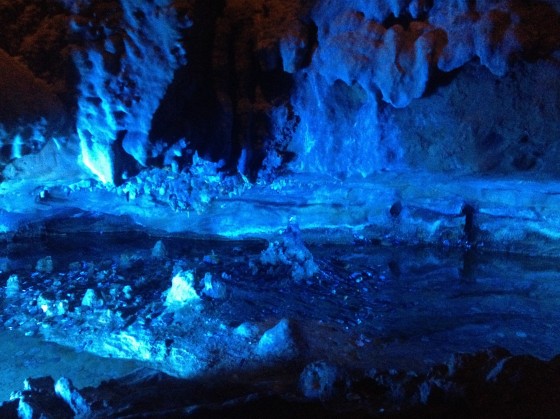 Lastly, for a drink in a spooky vibe, much like from an episode of the Twilight Zone or Twin Peaks, choose Lamar’s. The setting is in a motel that seems abandoned from the outside. There are strange rules for conduct, a 25 year old age minimum, and some of the strangest service I’ve ever seen. A bonafide you-need-to-see-it-to-believe-it kind of experience. You pass through a dark hallway to get to the bar in the back, which has a creepy dimmed light, making for a supernatural vibe. The only things lit are a crest of arms illuminating behind the bar and a jukebox radiating blue and pink light. The crowd is mainly friendly older black gentlemen, which makes for a truly unique and local experience.

Bar and vibes in Lamar’s 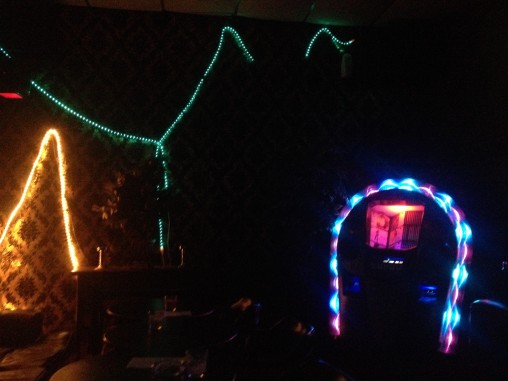 Jukebox and vibes at Lamar’s

Have you been to Chattanooga? What were your impressions? Is there a small city that struck you as a lovely surprise?